As an almost stereotypical Middle-Aged Man in Lycra who returned to cycling after many, many years away the leaps and bounds of progress I'd seen were becoming less easy to find.

I am getting to the stage where if this is really middle age I am going to be very ancient before I shuffle off this mortal coil.

There are any number of ways to get faster on your bike* from just riding more at the most obvious end to - if you're a dick - doping at the other. Losing weight, and spending big bucks on upgrades or even a new superbike are other viable options.

I decided to hire a coach. 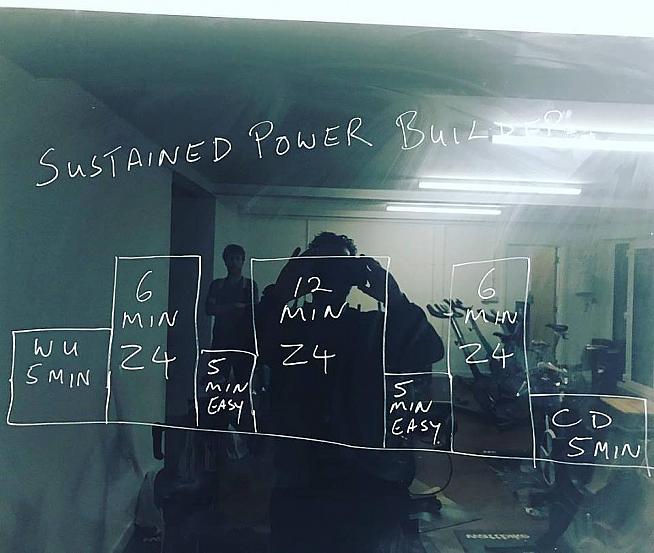 For the last four years I have had the advantage of working from home, which allows me to get out during the day in the week and my riding has settled into a familiar pattern shaped to a degree by informal advice from a buddy who helped me (and has a coach).

The depths of winter see hours accumulated in Zone 2 on the trainer to build a base while chewing through box sets on Netflix. Then comes some attempts to add some top end sharpness with under/overs or similar before the early season Grant's Tomb Crit in NYC then a few weeks of longer rides up big mileage (for me) up and down the local hills to build up for Gran Fondo New York and whatever European mountain challenge has been selected. Regular group rides at the weekend are a staple all year and family vacations tend to see my fitness decline in August after improvements through the spring and early summer.

It is fairly unstructured beyond the broad themes, but then how hard can it be? The concept of training is simple. So simple that even I can grasp it.

If you want to become "better" at something you need to train. Any training is better than none and, usually, more is better than less. Nothing difficult or controversial there.

The wrinkle is that if you train "properly" for the goal you have then that training achieves more and moves you closer to that goal.

But how do you know what properly is?

And before you know it things start getting very much more complicated and you realize just how little you know. 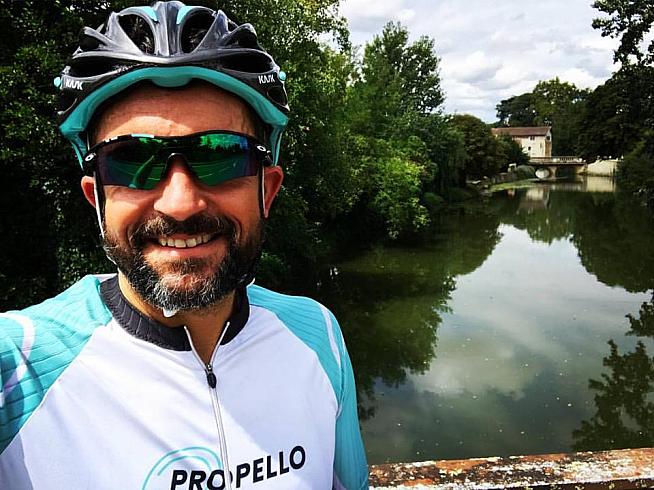 Rob Wakefield of Propello.
The natural choice was an old friend from the UK, Rob Wakefield of Propello. A few years ago, Rob, who is one of those annoying people who is always fizzing with energy, turned his biking passion into a business and is now an ABCC Level 3 Coach and a level 2 certified coach for Training Peaks. Over the years he has contributed articles on training and ride reports to granfondo.comand our British sister site sportive.com.

He knows what works and why.

He put that knowledge into a clear plan that I could follow using Training Peaks.

He would want to know why I had not done a session, so I did them. (And I was paying good money, which was an incentive to follow through.)

Borrowing from the Philadelphia 76ers, I started referring to "The Process". "Trust The Process" became a mantra whenever doubts popped up, which they did.

In the early weeks I definitely felt I would have been doing more if left to my own devices. Over time, the cycle of three increasingly hard weeks followed by an easier week to allow recovery and adaptation became familiar and the week after rest was notable for how good the legs felt.

It was probably the penultimate block of training that highlighted how well Rob had dialed in the program. Entering the third week the sessions scheduled were intense, a mix of long lactose threshold intervals, VO2 max efforts, micro bursts and a six-and-a-half hour endurance ride to finish. At the end of the week, I pretty much fell off the bike giving thanks for the rest week ahead.

Even one more hard session would have broken me.

We talked of putting down layers of training, each one designed to be taxing enough to prompt improvement without taking so much out of me that it affected the following layer.

The idea works on various scales from the intervals in a session to a four-week block with its increasing workload and then rest. Instead of destroying myself and then taking two days off, I was laying down good quality work interval after interval, day after day, week after week and month after month.

Of course, there was a dollars and cents cost to The Process. Rob is running a business.

Could I have done it myself and saved myself the not inconsiderable monthly fees?

The answer is, I think, sort of, but not really.

Going back to expertise, clarity and accountability, I could have replaced parts of all three and structured something better than my previous free-form training by reading up on periodization and the like and adapting one of the many free training programmes that are floating about.

What would not have been there is the knowledge, discipline, feedback and reassurance that Rob injected throughout which allowed me to commit to the training without second guessing it and myself.

So what about the results? 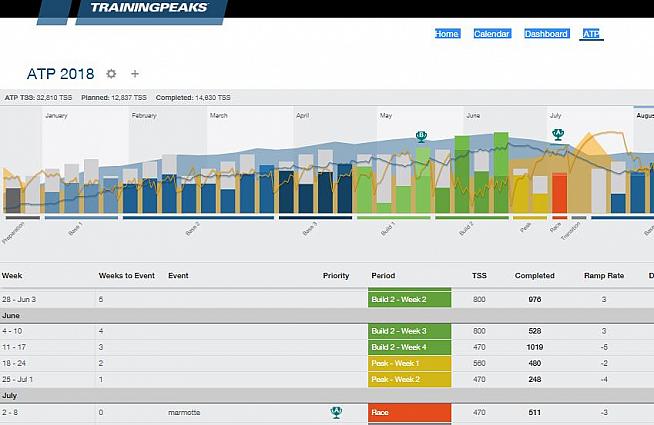 The simple answer is that with Rob's guidance I am stronger and faster on the bike than I have ever been.

The proof is in the power numbers, personal bests on Strava and who I can hang with on the group ride.

The only fly in the ointment - and it's a great big hairy one -- is that both of my target events (Gran Fondo New York in May and La Marmotte in July) went badly, disastrously badly in the case of the Marmotte.

To train for an event for six months, taper as instructed, travel a huge distance and then have it all fall apart on the day is crushing.

The Process worked, but you can't legislate for getting sick.

*I am more than happy to acknowledge that going faster is not everyone's goal.