Over 400 cyclists from all over Texas gathered together on April 2, 2016, for the 3rd Annual Castell Grind gravel grinder, this year dubbed The Pain Train. Growth in participation numbers wasn't the only change for 2016, though. For the first time in its short history the promoters of the Castell Grind finally ordered sunshine and clear skies despite chilly temps of 39 degrees at the start. 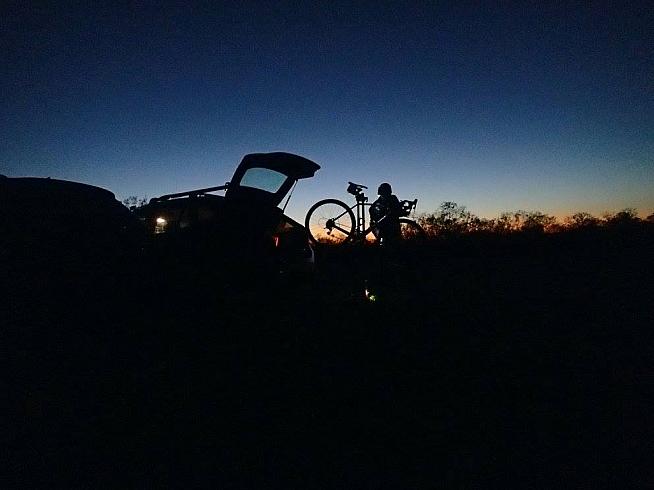 Dawn in Texas. Credit: Castell Grind
A mass start created excitement at the front of the group before the whistle was blown for the official start. All of the A-list contenders for the 100k were scooting up front as much as possible to avoid the panic and mayhem that would ensue along the first few uphill miles of the race.

Weather did play a role in this year's sufferfest with rainfall during the week leading up to the race day. The first six miles of the race were riddled with wet sand, which meant thicker and stickier sand on arguably the toughest uphill road in Texas, Keyserville Rd. Racers were darting left and right looking for the smoothest packed section of dirt. Slower riders were carrying their bikes, running and walking through the deepest pits. Thankfully the multiple water crossings were not overflowing to allow for safe passage. (/foreshadowing) The real beauty of this event lies within the first few miles of the race. There is no time to sit in and warm up or bring your heartrate slowly up to speed. No, this is a sprint from the get go. Racers will redline after the first two miles and if you're not gasping for air, you're not in contention. Those with the strongest lungs and heart were those that would contend for the win. It's similar to racing cyclocross, but for three hours straight. 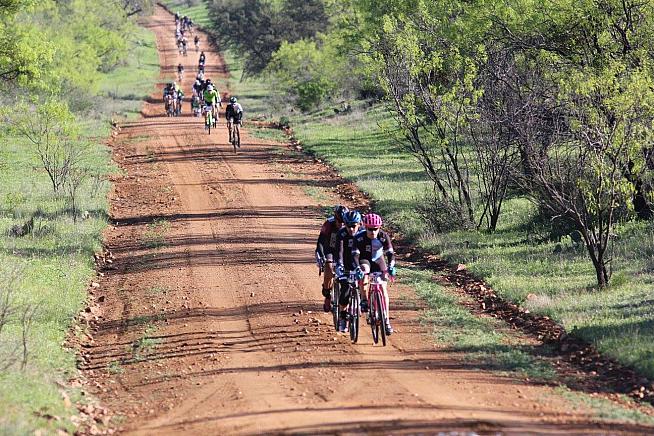 The leaders on the Keyserville Road climb. Credit: Castell Grind
Bayou City Racing (BCR) led the charge early with Scott Minard leading the way along with teammates, John Martin, Katriel Statman and Ryan Tarkington. Joining the BCR Train in an attempt to break up the podium sweep was Team 360's Kelly Brown and Bicycle Sport Shop's Ray Frias. Racing on gravel roads can often prove treacherous as experienced firsthand by BSS racer, Ray Frias. Ray made a slight handling mistake on a concrete creek crossing sending him crashing to the pavement. The BCR train showed true Texas sportsmanship and slowed the pace to allow Ray to catch up once again. Were they being hospitable to their team invasion or were they aware that a larger breakaway group means faster rolling speeds? Only BCR can answer that question! We like to believe that #TXCX sportsmanship played a majority of their decision making.

As this group of 6 riders made it to the halfway point they had over a minute lead against their 7-rider chase group led by 787Racing's Robert Biard and last year's 5th place finisher, Team Super Awe$ome's Rey Madolora. There wouldn't be another chase group for a good four minutes. The pace was hot and heavy and the chase groups were dwindling. Team Yacht Club's Daniel Curtin stated that this year's course was tougher than he remembered at the inaugural race back in 2014 and even tougher than the HTFU Roubaix which was held the week previous. Was Curtin fatigued by the HTFU or was he still stung by the fact that the #letdanielwin campaign had fallen short? /end tangent. Back to the race..... 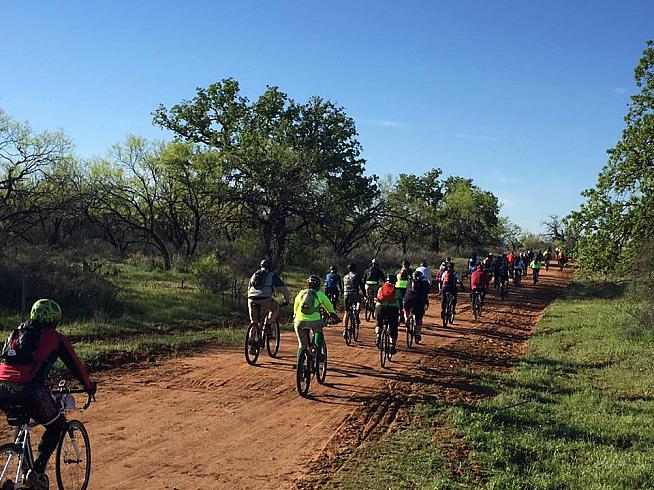 Grinding up Keyserville Road. Credit: Castell Grind
Just past the halfway point BCR suffered two flats weakening their firepower leading into the washboards. With the lead group whittled to just four riders, it would be Martin and Statman left to carry the BCR flag to the finish along with tagalongs Frias and Brown to keep them honest.

One mistake by a rider is often forgiven. Twice bumbled? Not so much. With approximately 15 miles until the sprint finish and the lead group still working hard to fend off the chasers, another turning point emerged. In what may prove to be the bonehead move of the year #BMOY, Ray Frias made a fatal mistake. Ray reached into his jersey back pocket fumbling around for a Gu packet for a quick burst of energy. Instead, he managed to grab his teammate's set of car keys along with the Gu packet and dropped them on the course. Dozens of thoughts ran through Ray's head. Knowing Ray, it went a little like this:

"AAARRGHH!! Do I hitch-hike back home and go for the win? Do I go back and pick up the keys and hope that BCR will wait up for me like they did before? Did I leave the stove on in the kitchen this morning? Does this race kit make my butt look fat? Man, I could sure go for a double Big Mac with cheese right about now! Dang it, think, Ray, think! What do I do?"

Meanwhile, BCR's thoughts were a simple, "Sorry, not sorry. Bubye!" 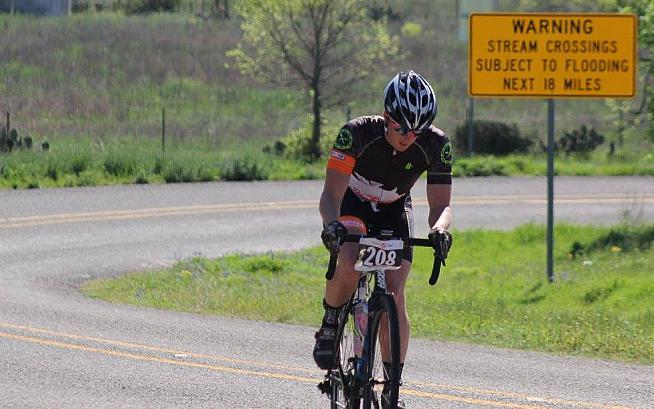 Ignore the warnings. Credit: Castell Grind
The Pain Train had now derailed to a simple 3-car choo-choo, and the race intensity was turned to eleven with the difficulty level increased to stay in front of the multiple chase groups. Smaller breakaway groups forming at the head of the loop meant more work involved for each rider. By way of natural race attrition more work from each rider had proven that racers were redlining sooner and blowing up earlier than expected and the overall times showed.

Compared to the 2015 finish times, the leaders were almost two minutes off the pace. 2015 had the top eleven finishers all finishing under 3hrs. and 8 minutes with all riders separated by a mere five seconds. Larger trains simply move faster! 2016 would be a struggle for the top three to break the 3hr. and 10 minute barrier. Martin, Brown and Statman would each share the load by themselves heading into the final quarter mile sprint. In the end it would be Bayou City Racing's John Martin who would prove the strongest, just out-reaching Brown for the win.

Pain is temporary. Credit: Castell Grind
Meanwhile, in the 3/4 Grind, aka the Junior Varsity competition, it was Planetary Cycles Racing Team's Chris Olson who walked away from the competition. Chris, who competes as a Category 2 cyclocross racer and Category 1 mountain biker, apparently missed the entry cutoff for the 100k and found himself out on a Saturday stroll clearing the rest of the field by nine minutes finishing the route in 2:27:48. Bicycle Heaven's JW Slauson had his own nine minute gap over third place finisher Sugar Cycles James Nguyen. Nguyen could only manage an eight minute gap to 4th place. He was heckled on the podium by Olson and Slauson. The only riveting competition for the 3/4 Grind was between BSS Teammates Jim Hungerford and Miguel Ortiz who battled it out for the final 4th and 5th trophy spots. Ortiz held a comfortable lead until he broke a spoke with less than half a mile to go allowing Hungerford to whiz by him for that 4th place wooden block.